With around 9,000,000 people living here, London is by far the largest and most populous city in England – and the third most populous in all of Europe. It is a hugely famous city, the most visited city by international arrivals on the entire planet. It is easy to see why London is so popular with foreign tourists. With a diverse history of settlement that stretches back 2 millennia the Roman city of Londinium, every era has added a fresh new plethora of attractions to the city.

London has a lot to offer. It is packed with incredible and architecturally impressive buildings such as Buckingham Palace, The Houses of Parliament and The Tower of London, that each come with their own storied history to explore. Many of these are among the most iconic and well-known tourist attractions in the world.  It is also considered by many to be the cultural capital of the world – over 300 languages are spoken in the region and this has had an incredible effect on the city’s arts, its intellectual scene, its history and of course its food. With everything from ethnically diverse street food stalls to the most refined fine dining, there is something for everyone. London even boasts a huge 67 restaurants that have been awarded prestigious Michelin stars. 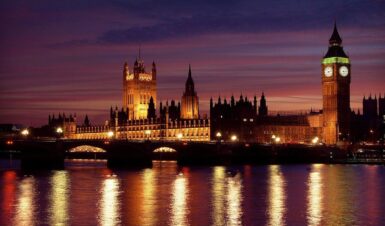