When you plan to visit the city of Lyon in France, you will have an opportunity to discover this magnificent city that has a rich culture and a history, a city with beautiful old neighborhoods, and unique museums.

Listed as a UNESCO World Heritage Site, at the confluence of the Rhône and the Saône, it is the ideal destination for tourism, romantic, or a family weekend!

To help you prepare for your stay, we have developed this ultimate guide for things to do and see in Lyon. Find the 15 essential places of interest to discover the city, suggestions of itineraries when you visit the ultra-dynamic city of Lyon that has been continually evolving for more than 2000 years!

At the top of the list of best touristic attractions in Lyon, you should go through the Vieux Lyon district.

Dating for part of the Medieval period and the other part of the Renaissance period, Old Lyon (also called Saint-Jean district) is one of the historic areas of the city. It is listed as a UNESCO heritage site, this district surprises with its small cobbled streets, its large Cathedral, and its atypical museums. It is also in this district that you will find the famous bouchons of Lyon, the typical restaurants offering the local gastronomy.

This museum complex is located in a magnificent Renaissance building in the heart of the Old Lyon. It is classified as a historical monument.

There you will find a museum which is dedicated to the history of Lyon from the Ancient time till today, as well as the museum of puppetry arts. The famous Guignol is indeed from the city!

After your visit to the museums, do not hesitate to go through the hanging gardens of Gadagne to rest.

The cathedral of Saint-Jean is one of the most visited monuments in Lyon. Located in the medieval district of Old Lyon, the Saint-Jean cathedral constitutes one of the emblematic places of the festival of Lights of Lyon. Combining the Romanesque and Gothic styles, its construction spanned three centuries.

The cathedral is 80 meters long , 26 meters wide and 32.5 meters high . The building includes three naves and eight side chapels . The Gothic style facade is topped by an imposing triangular gable and decorated with a rose window dating from the 14th century.

The transept is also decorated with two large rosettes. The cathedral houses stained glass windows , some of which date from the 12th century.

Installed in the 14th century, the astronomical clock of Lyon is located in the north transept. It measures almost 10 meters high and 2 meters wide.

The square base is surmounted by a turret in which automata are housed. A dome surmounted by a rooster crowns the whole. The clock indicates, in particular, the date of the day as well as the positions of the sun, the moon, and the earth. It is decorated with statues of Saint-Plotinus and Saint-Irénée, the first two bishops of Lyon. Restored in the 17th century, its wrought-iron mechanism has remarkably stood the test of time.

Besides the perpetual calendar, the clock also has an ecclesiastical almanac indicating the liturgical feasts. It comes alive every day at 12 pm, 2 pm, 3 pm, and 4 pm.

The traboules of Lyon are passages arranged between two streets through courtyards of buildings. They rendered great services to the population during the 2nd World War and during the revolt of the canut.

In Lyon, the quickest way to go from one street to another is to take a traboule. The word comes from Latin, transambulare,  which means to cross. In addition to their usefulness, traboules have become over time a real tourist attraction.

There are more than 300 passages distributed in the city, mainly in the Croix-Rousse and Vieux-Lyon districts. The first traboules, fitted out in the 4th century, were used by the inhabitants to refuel with water, others date from the Renaissance.

These passages are considered treasures of Lyon’s heritage. Although many traboules are closed to the public, you can visit some while respecting the tranquility of the locals. In exchange, the maintenance of these traboules is paid for by the municipality.

There are different types of traboules , from the direct passage to the traboule giving access to several exits. Some courtyards are decorated with Italian galleries, others have only one entrance, the exit having been condemned.

For a tourist, the Notre-Dame-de-Fourvière Basilica is one of Lyon’s must-see attractions. This large building dating from the 19th century overlooks this city from the top of Fourvière hill.

Overlooking the city, you will find the Basilica of Fourvière. It is the emblem of the religious history of Lyon. Its appearance is quite austere on the outside, but its interior is richly decorated.

From the Saint-Jean area, head to the broad stairs that lead up to the hill of Fourvière, one of the most touristic places in Lyon.

The spectacular Notre-Dame de Fourvière basilica overlooks the city from the top of its promontory. Listed as a historic monument, it dates from the 19th century and welcomes 2 million visitors each year.

The Basilica of Fourvière is the must-see monument for any visit to Lyon: An interesting church, a pretty viewpoint and a pleasant park all in one.

The Notre-Dame de Fourvière basilica is built next to an old chapel dating from the 12th century. In the 17th century, Lyon was ravaged by epidemics of the plague. Some processions are organized on the Fourvière hill to ask the Virgin to curb the scourge.

The basilica has four octagonal towers culminating at 48 meters. They symbolize Strength, Justice, Prudence, and Temperance. The esplanade offers a spectacular view of the city while the portal with three arches is surmounted by a triangular pediment.

The interior of the basilica, of Byzantine inspiration , includes three naves and eight side chapels . The altar houses a white marble statue of the Virgin carrying the baby Jesus . The wall mosaics and sculptures are dedicated to the Lyonnais saints, Joan of Arc and the Virgin.

Place Bellecour is a privileged meeting place for Lyon residents. Whether you want to visit Lyon, go shopping, go to the movies, or just go to the bars, everything starts from Bellecour.

It constitutes the kilometric point 0 of Lyon, which means that the distances are calculated from there. Recognized as the largest pedestrian square in Europe, this vast esplanade of red earth offers a breathtaking view of Fourvière and gives access to many streets ideal for shopping.

Located in the 2nd arrondissement of Lyon, Place Bellecour covers 62,000 square meters. This immense esplanade dotted with terraces and restaurants shelters the tourist office of the city as well as some beautiful monuments.

At Place Bellecour, you will find the first bronze statue representing the “Roi Soleil”: Louis the 14th was made by Martin Desjardins in 1713. Sent from Paris, its inauguration gave rise to major parties throughout the city.

If you visit Lyon in winter, you can take a ride on the Ferris wheel of Bellecour to discover the whole city. At Christmas, you will also find an ice rink.

This district constitutes the central point of the city. You will find there a lot of historical monuments as well as the most famous places (including Place Bellecour described above).

Places to see on the Lyon Peninsula:

Easily accessible by metro or by multiple steps for the more athletic, the area occupies a plateau on the heights of the city. It is often called a “village” in the city because it is quite atypical and has a strong working-class identity due to its past.

La Croix Rousse is, in fact, the former district of Canuts, workers specializing in silk work and whose revolt to irrevocably mark the history of Lyon.

The buildings were built specifically to house the colossal weaving machines with very high ceilings and huge windows. Today only a few of them remain.

If you are interested in this period of history, you should also visit the Maison des Canuts, a former silk weaver’s workshop, and also to go and see the Fresque des Canuts, on Boulevard des Canuts. This 1,200 square meter trompe l’oeil portrays the life and atmosphere of the neighborhood.

You can also go and contemplate the painted wall of the famous Lyonnais, at the bottom of the Croix Rousse, and then finish your tour of the Croix Rousse with Gros Caillou to enjoy the view over the whole city. The Montée de la Grand Côte also offers superb panoramas.

Located in the sixth arrondissement of Lyon, the Parc de la Tête d’Or is the largest park in the city. It is the ideal place for outdoor activities.

You can choose to visit the free zoo, the rose garden, the botanical garden, or enjoy a train ride or go pedal boating on the lake. The more athletic can also jog in peace or go around by bike.

If you are visiting Lyon with your family, your children will appreciate this place. The place is calm and relaxing, and you will also easily find something to eat throughout the park.

If you visit Lyon around December 8th, you should not miss the Fête des Lumières. This festival has been held every year since 1852; it is an unmissable event attracting millions of visitors each year.

Initially, the party was created to celebrate the Virgin Mary, who would have saved Lyonnais from the plague epidemic.

Today, whether you are a believer or not, the Festival of Lights is worth a visit to contemplate all the illuminations and luminous works of art projected on the facades of the monuments.

Completely renovated, the Confluence district is the contemporary district of Lyon, located at the confluence of the Rhône and the Saône.

Former industrial area with many factories, it has been rehabilitated to transform into an eco-district with multiple shops, offices, and homes.

In Confluence, the visit not to be missed is that of the museum. Yet recently, it quickly became a must in Lyon.

The Musée des Confluences, with its futuristic architecture and located on the banks of the Rhône, offers permanent exhibitions on the origins of life, including an archaeological section, another on the representations of death, and a last on humankind societies and civilizations. The staging is original, and it is fascinating, thanks to clear explanations.

Les Halles Paul Bocuse is the benchmark for gastronomy in Lyon with delicatessens, chocolate and pastry shops, cheesemakers, and caterers. In total, there are around sixty traders.

This vast indoor food market is the ideal place to indulge yourself with local tasty cold cuts, taste the Lyon dumplings or delicious praline tart, the typical dessert of the city.

On the other hand, it is not the small market of the producers of the corner, the prices there are rather high, but you will be sure to buy quality products.

Museum of Fine Arts in located on Place des Terreaux, in the Presqu’île, the museum welcomes you in the former Abbey of the Ladies of Saint-Pierre. Classified as a historical monument, in its 70 rooms, the museum presents an extensive collection of European paintings and sculptures from the 14th century to the middle of the 20th century.

There is also a large part devoted to Antiquity and, more particularly, on the theme of Egypt. Museum of Fine Arts in Lyon comes second to the Louvre museum in Paris and is considered one of the most beautiful museums in France. 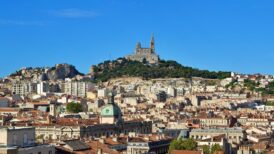 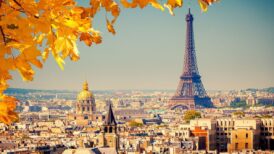